What happens to public spaces when no one is there?

Gavin Sullivan’s research and work with collaborators looks to challenge assumptions, develop innovative theories and generate change through social and communal processes. The areas he works in include crowd behaviour, collective emotion, social and theoretical psychology, among others.

In most of the research, Gavin explores how emotion and discursive practices are central to understanding complex psychological, social and collective phenomena, in a wide range of contexts.

My work largely focuses on perceptions of space, reality, and the world(s) we live in. I look for ways to enhance or distort perception, and propose alternate worlds to those one finds familiar.

For this collaboration I was working with Gavin Sullivan, whose research considers collective affect and crowd behaviour. Gavin provided me with some 360º videos recorded in Coventry city centre during lockdown, documenting spaces that would normally be busy and bustling with people, but now were largely empty.

I was interested in the way that these familiar spaces now feel somewhat alien.

These ideas were emphasised through anecdotal discussions with people I know, who would remark that ordinary activities like visiting the supermarket suddenly felt surreal and uncanny.

I have previously created work that considered sound levels in different parts of Coventry, so I was particularly fascinated to see the city so quiet. I chose to collate some of Gavin’s video clips and overlay audio that would emphasise the emptiness of the space, using the contrast of audio and visuals to highlight the strangeness of the scenes.

In addition to working directly with the videos from Gavin, I have created a response in the form of a virtual representation of the city in its deserted state. Myself and Gavin work with two different types of VR, and I was keen to explore how one could respond to the other.

Go to ediejomurray.co.uk/coventrycreates to experience this for yourself.

Using web-based virtual reality, viewers can explore the empty, alien version of Coventry. The virtual space is punctuated with 3-dimensional audio created from Gavin’s later recordings of the city, as the easing of lockdown started. In particular, the site’s ambient audio is taken from a much busier scene – still featuring the ubiquitous social distancing signage, but demonstrating much more of a ‘return to normal’ in terms of people’s behaviour. This video is also provided in its entirety as part of the exhibition, to provoke consideration of what a scene like this may look like in another six months’ time.

How much of our recovery from this pandemic will involve the long-term adaptation of what we consider normal, and how much will, as Gavin puts it, involve a kind of forgetting? 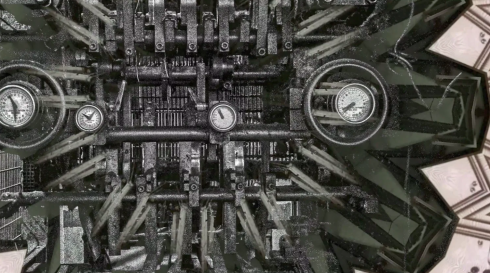 How does the city influence Coventry's creatives?