How do women of colour envision an equal society and how can desired change be created?

Khursheed Wadia’s research on the political participation and civic engagement of women of colour includes working with local stakeholders to support gender and race equality across the West Midlands and Warwickshire.

The research has shown that the voices of racially minoritised women go largely unheard by political decision makers, that their concerns are neglected in public policy. This stems from their under-representation in political and civic life, due to the social and economic disadvantages they face and also due to a lack of political knowledge, skills and time, rather than political apathy. These findings have been used in British and French policy formulation to:

Working with Sherrie, Khursheed hopes that “Imagine Equality, Create Change will  encourage young women of colour to think about their ideal society and how to act politically to bring about desired change. Articulations of change and political action can foster a sense of empowerment and social connection among women, inform local policy makers and also encourage wider publics to think about how to support actions to increase gender and race equality”.

We asked to be paired up for this project after Khursheed saw Sherrie’s call for a collaborator, placed through the Centre for the Study of Women and Gender (at Warwick). Sherrie wanted to work with a researcher on women, race and activism.

As we didn’t know each other, we felt it was important to build a strong understanding of each other’s work from the start and so once we found out that our application for “Imagine Equality, Create Change” had been  successful, we met regularly to bring the project to life. Inevitably it veered from the path we had originally plotted (e.g. due to limited time and resources we were unable to interview the MPs for Coventry South and Coventry North West) and in the end we agreed on having a single artwork as a main statement, around which Sherrie could build satellite pieces if there was enough time.

Drawing on the findings of Khursheed’s research and on the “Doing Politics, Changing Society” capacity-building programme, we decided to talk to women of colour about their conception of politics; their experiences of doing politics (including barriers faced and motivating factors); and whether they felt they had contributed in any way to increased equality and change within and beyond their community. We spoke to 17 women, including two Coventry City Councillors – Councillor Dr Randhir Auluck and Councillor Asha Masih – who shared amazing stories of their respective political journeys.

It’s about who has what; about why who has what matters and must be shared equitably; about everyday life.  They also revealed that while most young women of colour lack formal political knowledge and financial resources, while they face barriers placed by family and community gender norms and expectation and while they have to deal with racism and discrimination within majority white society, many are creative and exploit the smallest resources (social media in particular) to learn from role models and increase political knowledge.

Lastly, we found that many young women are aware that if sufficiently networked at neighbourhood and city level, it is possible to join or build political and civic action online or in real face-to-face situations. The findings from these testimonies link back firmly with those from Khursheed’s research.

For more about Khursheed Wadia’s research and recent projects, visit her profile here.

The main art piece emerging from this collaboration directly addresses the themes of Khursheed’s research. It is a digital film of just over 14 minutes in which dance movement, accompanied by a soundtrack is overlaid by the voices and words of each of the women we interviewed.

Dance as a backdrop to the women’s voices was chosen because it has an important place in the history of anti-racist and women’s struggles against sexism and misogyny.

From the Lindy Hop and Jitterbug, danced by African-Americans in 1930s New York, in defiance of racial segregation and white-only dance halls, to the Toyi-Toyi danced by liberation and anti-apartheid activists in southern Africa, to more recent flash mob dances performed by the Black Lives Matters and Billion Women Rising movements, dance has been viewed by those in power as subversive and dangerous; the idea that it promotes sexual freedom and breaks down social barriers threatens established social and political order.

Choreographed movement in public spaces has played an important part in the expression of political ideas and collective demands – not only does it allow those without a voice to be seen and recognised, it also  acts as a ‘glue’ between those taking part in movements for change. The viewer, the public is compelled to ask why are these bodies moving? What does their movement mean? So we use dance in this film to say that doing politics, being political takes myriad forms, that:

Two other satellite art pieces are included here. One is a free-verse poem (download below) written by Sherrie which takes inspiration from Khursheed’s research and reflects the experiences of the women with whom we spoke. The second is an assemblage of audio-clips from the interviews with women. We felt there had to be another way of conveying the depth of their thoughts and experiences. The film-assemblage which may be accessed via Vimeo is one way of doing this.

We hope viewers of this artwork will actively watch and listen to the women represented in the three pieces, understand their conceptions of an ideal future and ask what part they might have in supporting change. 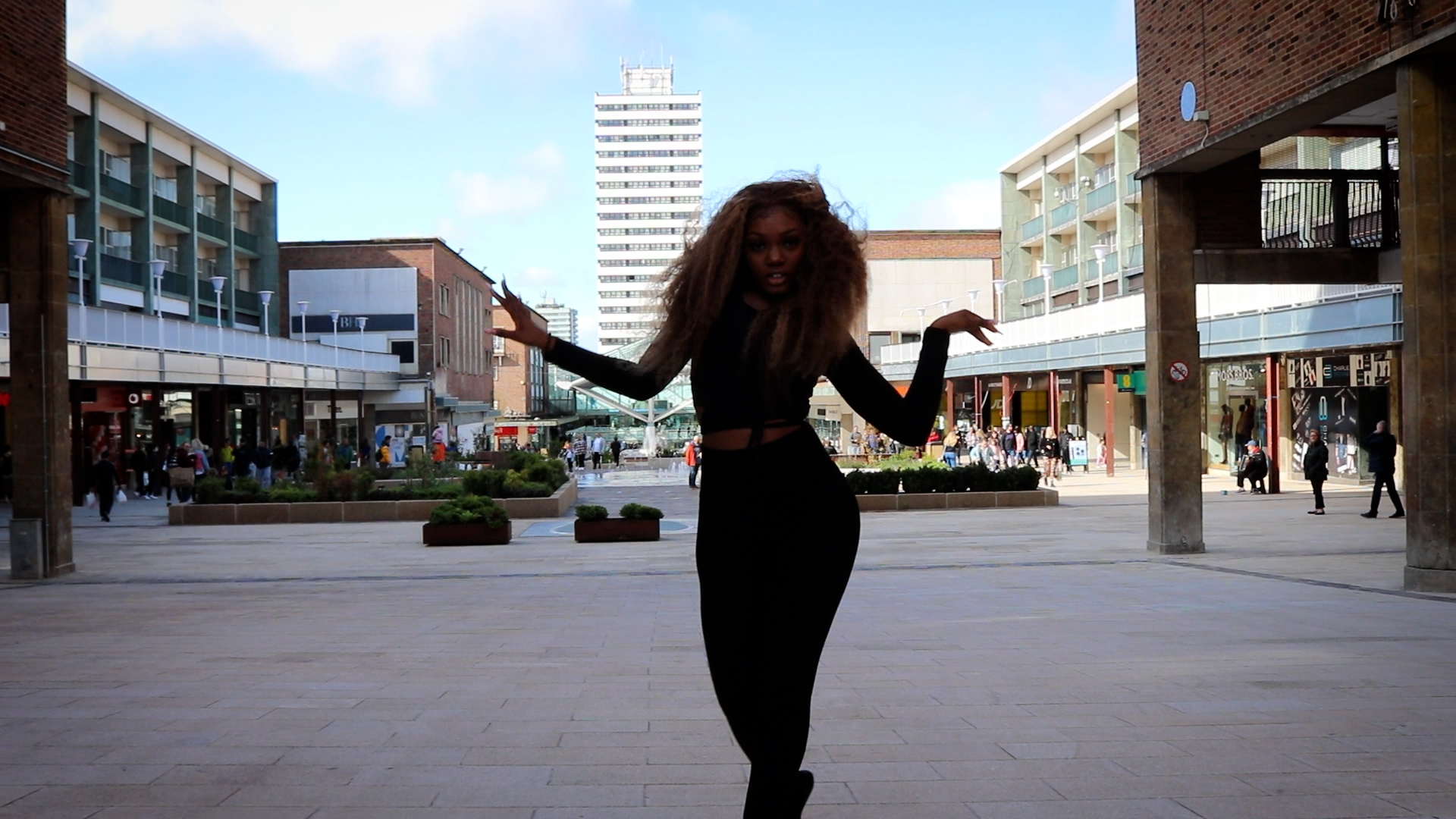 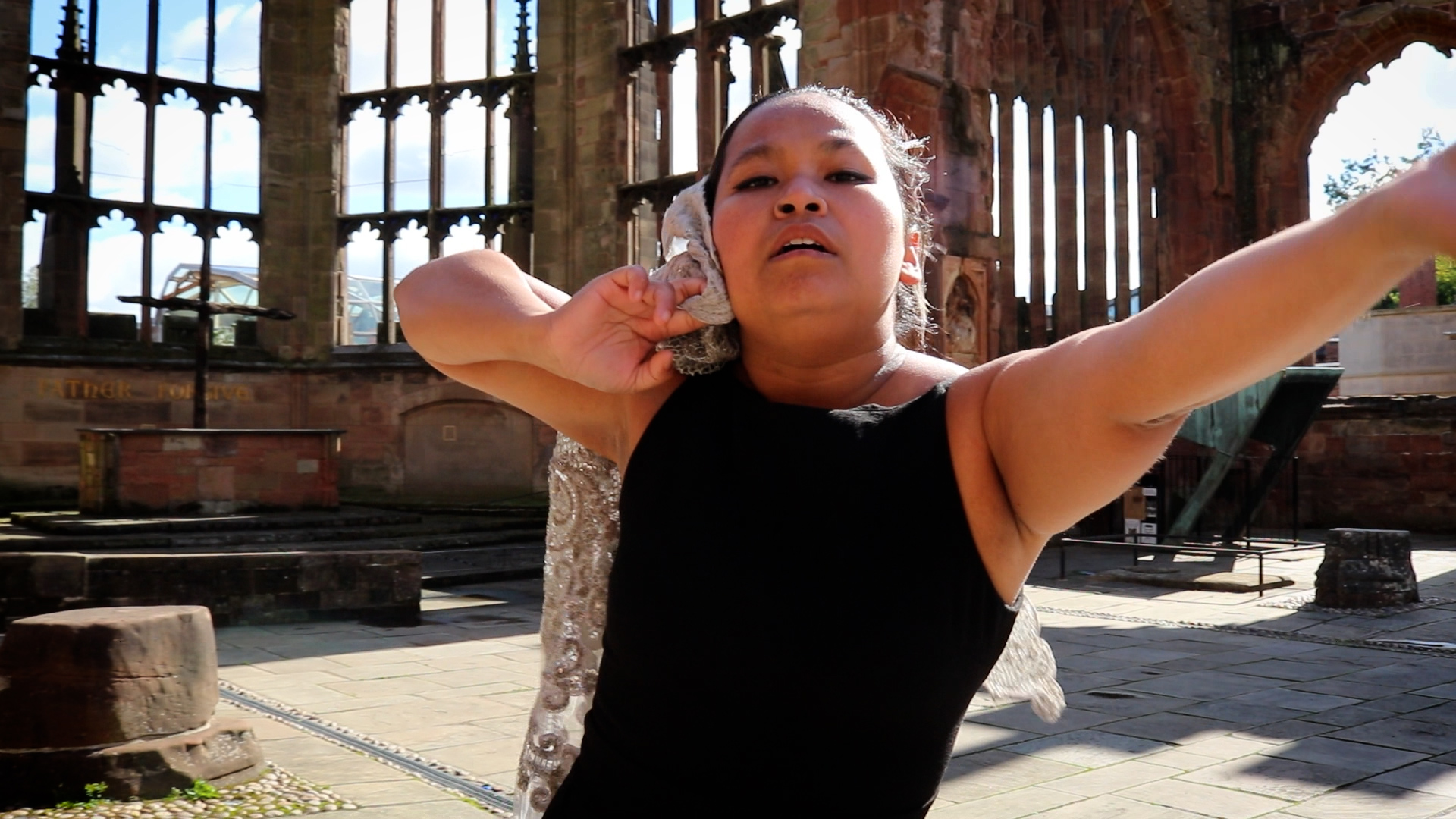 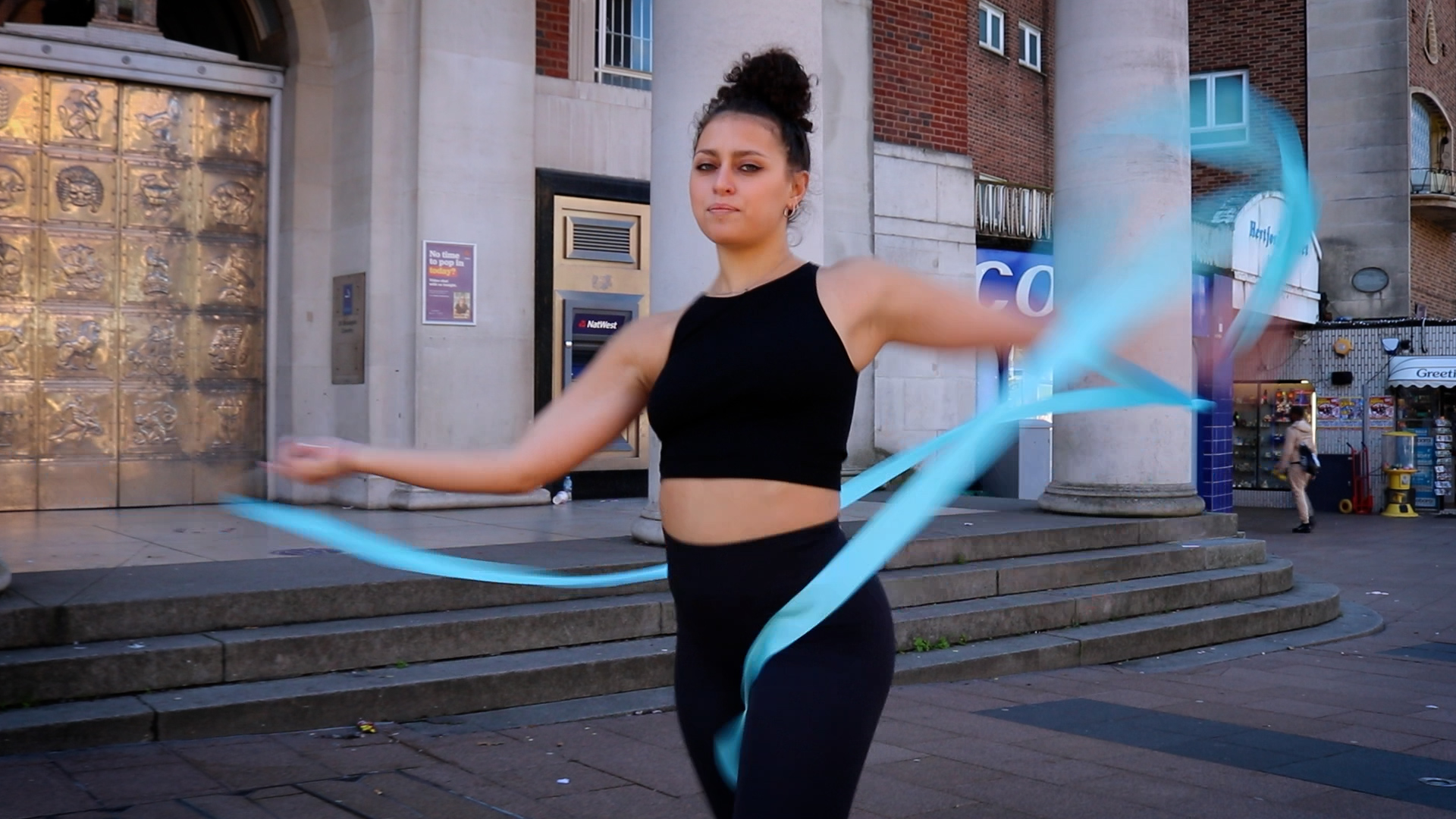 Sherrie is a co-founder of COVert Arts, a grassroots art organisation set up to give artists opportunities to exhibit their work. She is part of the City of Culture 2021’s Walking Forest project which highlights the importance of our environment and trees. She is also a photographer for Radford Bubbles, a photographic exhibition capturing the lockdown experiences of Radford residents during the first 15 months of the Pandemic, which was shown at the Central Library in Coventry and the Jubilee Crescent Community Centre in Radford. Recently, Sherrie also completed a film for Refugee Week 2021.

Working with Khursheed, Sherrie sees this project, as providing “an opportunity to work with a researcher on feminism and women’s activism and to understand the barriers women of colour face in getting involved in politics. Addressing Khursheed’s research, and being inspired by it, I have constructed a framework of art for this project to include a digital film featuring the words and experiences of young women of colour through dance, as well as a poem expressing the barriers to political engagement that they face. There is also a film of selected audio-clips of the women talking about what politics means to them and how they might make politics happen so as to create an equal society.”

Women fight for people
My sight sees the need of active change
Women conceive politics as order,
but this disorder does not broker my want for of equality
Politics only reflects those in power
The lack of Black female representation, creates the lack of representation
Women’s motivation, is to defend Women to be heard 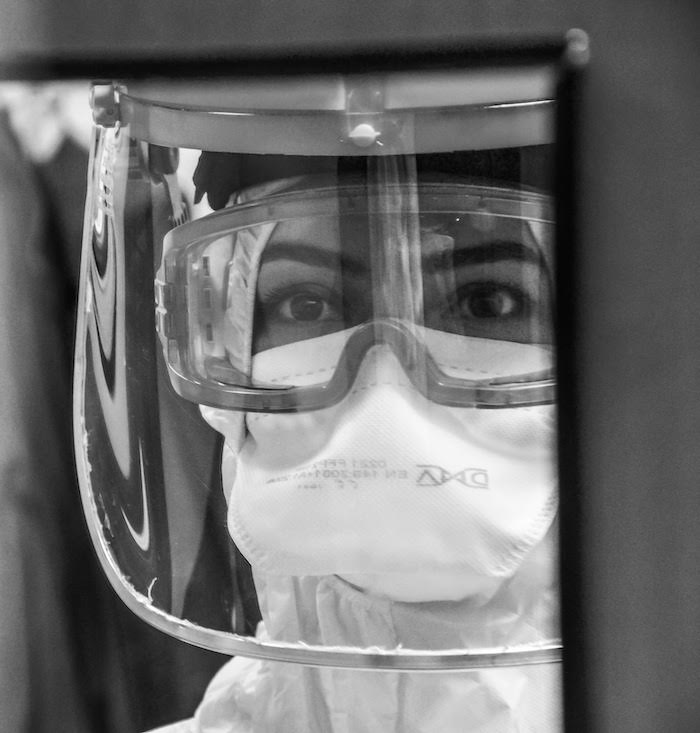 What is it like being a healthcare worker in a pandemic?